7 Tips to Prepare Your Hospital Before, During, and After a Hurricane Strikes

7 Tips to Prepare Your Hospital Before, During, and After a Hurricane Strikes

Preparing for disaster should always be a priority for hospitals, a fact that is especially true for those located in hurricane-prone areas.

Because these storms are often an anticipated event, unlike sudden tornadoes or earthquakes, hospitals should focus on the time when the storm is expected to make landfall and put emergency planning milestones in place for before, during, and after the storm.

With hurricane season now upon us, is your hospital prepared? If not, these seven tips, gathered from our blog posts and other sources, can help.

Loss of power is something that almost always occurs during a hurricane. Since gas pumps run on electricity, physicians should make sure to fuel their vehicles in advance. Hospitals should also have a van to transport staff members to and from their homes.

The hospital also needs to prepare for the possibility of power failure. Maintenance should ensure that all backup power and contingency systems are in working order. Uninterrupted power is critical since some patients may be connected to lifesaving equipment.

In southern states, where many hurricanes make landfall, that also means keeping the air conditioning running to ensure patient comfort during such a warm season.

Doctors covering shifts during storms should prepare to be self-sufficient. That means having at least a week's worth of clothes, personal medications, toiletries, and other necessary supplies.

Hospitals must also be self-sufficient, which includes having a store of fresh water, food, medicine, and fuel. While emergency departments tend to keep plenty of medical supplies on hand, more may be needed in the storm’s aftermath when getting resupplied is difficult if not impossible, so it’s wise to stock up.

3. Plan for a Post-storm Patient Surge

Hospitals should expect an influx of patients the day after the storm. Plan appropriately for the surge by optimizing your staffing mix and preparing your team. Leadership presence is also key here –monitoring of patient volume by responsive leadership will ensure your ED is appropriately staffed to handle swings in its patient load during a natural disaster.

4. Guard Against Fatigue and Emotional Distress

Hospitals leaders must urge clinical staff to get adequate rest to guard against fatigue. Because you never know how long you might be impacted by a storm’s aftermath, your providers could face serious fatigue. Allow for adequate balance and ensure providers are not working unsafe lengths of shifts. Hurricanes can have a devastating emotional impact, as well as a physical one. It’s important to help your medical staff feel as calm as possible in order to help patients and their families manage fear, anxiety, and stress.

Program directors should check in with group members and administrators during and after the storm, which means taking on less of a patient load themselves to make time to communicate. Conduct pre-storm disaster planning drills if you can. Not only could this help save lives, but it will also give your team a sense of confidence that they can respond quickly and skillfully to a post-storm patient surge situation. In addition, make sure to regroup, analyze, learn from the event afterwards, and debrief your team.

It's possible vandals and looters will take advantage of the chaos caused by the storm, so have security personnel available to prevent property loss.

7. Decide Whether to Stay or Go

Another decision hospitals need to make is whether to prepare for patients and staff to remain in the hospital or move to other facilities in lower-risk areas.
During Hurricane Harvey, for example, a reported 20 hospitals were forced to close and evacuate patients. Obviously, hospital staff must weigh such a decision heavily as any transfer could negatively impact high-risk patients.

No better example of the need to have a disaster preparedness plan in place can be found than with Hurricane Harvey, which ravaged the Texas coastline in August of 2017.

A report released by the Texas Hospital Association (PDF) highlighted the barriers and inefficiencies that afflicted Texas hospitals as they fought diligently to serve their patient populations in the wake of the storm.

The report centered on nine areas (outlined below) where deficiencies or lack of preparedness adversely affected hospitals' ability to keep up with demands. They offer valuable lessons from which any hospital can (and should) learn.

Availability and Medical Readiness of Shelter Facilities
Typically, communities and residents have five to seven days to prepare for an impending hurricane. With Harvey, that time was cut to less than 50 hours, which meant many communities were not ready to manage the storm’s effects once it hit.

Inappropriate Reliance on Hospitals as Shelters and Evacuation Sites
Because there were not enough emergency shelters available when Hurricane Harvey made landfall, residents sought refuge in hospitals, despite not requiring acute medical attention.

Availability of Adequate Security
Some hospitals did not have enough armed personnel to protect the facility, while others struggled with housing and feeding sequestered security teams in addition to their patients and individuals seeking shelter.

Timely Delivery of Needed Supplies
Many hospitals reported needing more help getting resources and supplies delivered during the storm and afterward to replenish dwindling stockpiles.

Access to Dialysis Services
Individuals with end-stage renal disease found that shelters were not equipped to provide dialysis. As a result, these patients sought dialysis in hospitals.

Communication
Several hospitals experienced communication failures during and after the storm.

Support Services for Hospital Employees, Including Behavioral Health and Emotional Support
Hospital staff began to experience emotional strain as the storm lingered. Many rode out the storm in the hospital separated from their families while others had to juggle family and work responsibilities. Some facilities engaged chaplains and social workers to help their employees manage the stress.

Coordination of Transfers and Fatality Management
During Hurricane Harvey, some at-risk patients had to be transferred to hospitals outside of the impacted areas. Coordinating these transfers and minimizing the negative emotional impact proved difficult.

Hospitals also acknowledged having difficulty managing fatalities. Some reached maximum storage capacity and others had unidentified individuals dropped off by search and rescue teams.

Hospitals that partner with Schumacher have an advocate in times of distress thanks to our Disaster Assistance Response Team (DART) program, which delivers additional support to the facilities, providers, and communities we serve.

DART has stepped up on several occasions to relieve hospitals during and after disasters. For example, SCP physicians traveled to disaster sites during Hurricanes Katrina, Rita, Ike, Gustav, Harvey, and Irma and successfully staffed and treated devastated communities.

We include the following services as part of our disaster response:

As a hospital administrator, staff member, or physician, you have precious little time to think once a hurricane is bearing down, which is why it is so vital to be well-prepared ahead of time. We hope you found the tips included in this post to be helpful in making those plans. Remember the adage: An ounce of prevention is worth a pound of cure. It’s always best to be prepared.

If you would also like to learn more about our DART program and how it can assist your facility, please contact us. 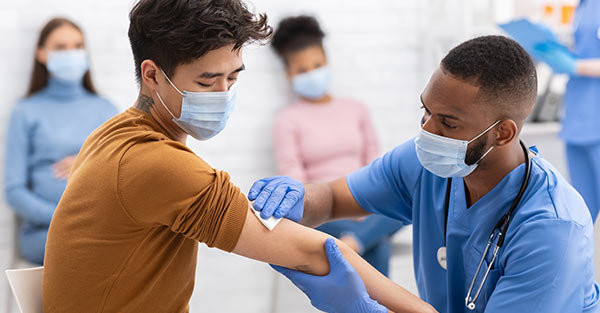 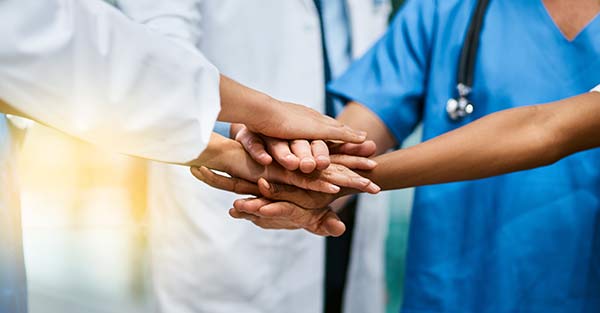 COVID's Call to Action: Reset for Success in 2021, Part 2 - How Healthcare Executives Can Better Support Clinicians

This post is the second in a series of three looking at Covid-19's effect on healthcare. Part one discussed how to improve patient access and loyalty. Here, we talk about... 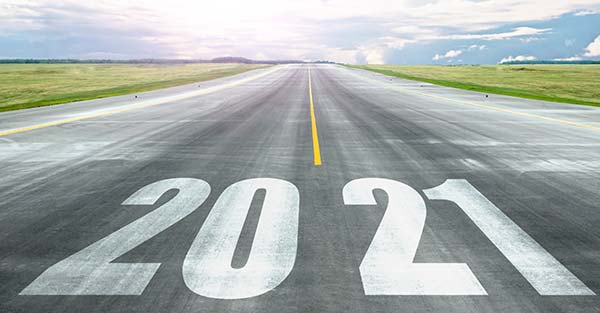 It has been just over one year since COVID-19 began to sweep across the world and since President Trump declared a public health emergency on March 13, 2020.